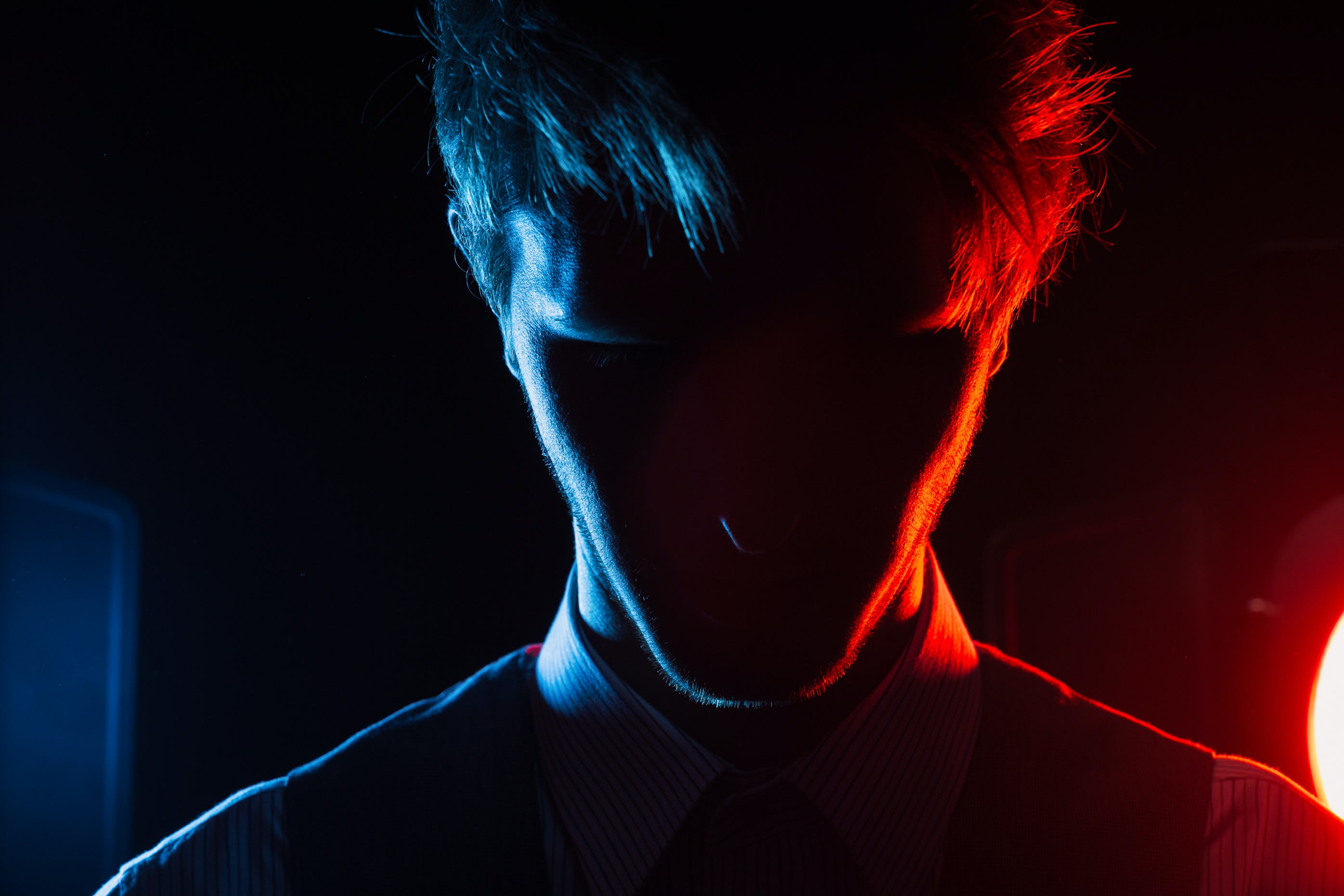 The way most video games are made puts the protagonists in a somewhat compromising position. And while society tends to frown upon ruthless killing, gamers seem to have no problem with heroes like Nathan Drake, who kills more people than step ladder accidents do.

After a lively lunchroom debate, we’ve compiled a list of video game heroes who are actually bad. Sometimes they’re merely mistaken, sometimes they have a flawed perspective, and sometimes they simply are so focused on their end goal that they don’t care about the collateral damage along the way.

The Arkham Batman games began with Arkham asylum back in 2009 and was met with universal acclaim. Eight new Arkham titles spawned form the success of the first game, including mobile and VR titles.

The Arkham series play out in a beat-em-up, third-person perspective where Batman works to defeat the evil villains locked within Arkham Asylum.

Batman is known as the Dark Knight Detective, but the Arkham game series from Rocksteady Studios really leans into the Dark part of his title. Putting aside the question of whether Gotham would be so beset by criminals if it weren’t for Batman, there are a number of things this so-called hero does that would be considered criminal if he weren’t the star of the game.

To begin with, he brutalizes inmates incarcerated for crimes inspired by mental illness and trauma. He’s taken an oath not to kill, but seems to have no compunction whatsoever about breaking every bone in their bodies, electrocuting them, and throwing them down seemingly bottomless pits. He also abandons his allies to be kidnapped, and then lets ordinary crooks and citizens die as he chases after his girlfriend. And you thought Zack Snyder had a dark take on the character.

Bioshock is a first-person shooter trilogy, with the first two games set in the post-apocalyptic city of Rapture, an underwater experimental civilization. The third game took a different setting, placing the world in the clouds, instead of under the sea.

Bioshock infinite by 2k games sets a precedence for the hero-villain. Booker DeWitt's complicated and compromised relationships with Elizabeth and Comstock are reason enough to move this alcoholic private investigator from the ranks of heroes to villains. But there’s definitely more of a case to be made that he’s not exactly aiming to be a good guy even in the game’s complicated redemptive arc.

While he wants desperately to “wipe away the debt,” he seems more concerned with easing his own guilt than the suffering of those who have also had to pay for his past bad decisions. And even while chasing the game’s nominal villain and trying to rescue the game’s one poor innocent victim of his terrible past mistakes, he still takes time to stop and fish pineapples out of trashcans.

The Mass Effect trilogy takes place in the distant future where humans, and other alien species, found a long-forgotten technology that allows civilizations to travel to distant galaxies in relative ease. This opens up the universe to exploration, freedom, and danger.

First, it’s fair to point out that there’s a lot of player choice in how Mass Effect Trilogy Commander Shepard turns out, so we’re just going to look at what a thug the actual Paragon Shepard is. Even though they’re supposedly the ultimate symbol of good, Shepard is absolutely committed to the idea that the end justifies the means.

That means they’re constantly taking their most loyal team on suicide runs, cooperating with known terrorists, and wiping out entire colonies and species. That’s nothing compared to the hypocrisy of self-righteously murdering some looters, then looting their bodies and the stuff they were looting in the first place. And when the citizens of the galaxy get a look at Shepard’s dance moves, it’s clear that the dead might be the lucky ones.

Ezio Auditore di Firenze, the protagonist from the long-running stealth-action game from Ubisoft, is a killing machine with a twisted past. The Asassin's Creed series is about, well... Assassins as you might have figured. The games take place multiple timelines, some of which modeled real monuments for added effect.

To get revenge for the death of his father and brothers, he kills more Italians than Hannibal of Carthage. There’s just no sense of proportion there. And even when the revenge plot is settled, Ezio is in so deep that he just can’t stop killing to advance the interests of the Assassins.

The game takes the standard True Lies defense, that “they were all bad people,” but it still seems irresponsibly excessive. The entire order of Assassins falls victim to some of the same troubling compromises. Though ostensibly dedicated to the idea of personal freedom, they have no problem allying themselves with repressive autocratic powers when it helps ruin things for the Templars.

Monkey Island is a classic PC game that introduced many gamers to their favorite pastime. First coming out on floppy disks--example if you don't know--back in 1990, Monkey Island is a beloved adventure held dear by many.

The protagonist of the Monkey Island games might just be mistaken for a villain because he’s a bit of a moron, but there’s more going on here. Like many others on this list, he lets his single-minded focus on his main objective ride roughshod over anything that gets in his way.

That means he steals, breaks, and generally abuses every person, object, or situation that he encounters. Remember when he framed an innocent woman for his own crimes just so he could steal from her? That’s the kind of thing this so-called hero thinks is just fine.

Star Wars games have been around for almost as long as the movies, with the first game coming out in 1982 for the Atari 2600. Since the first game, dozens of Star Wars game have released and the momentum shows no signs of slowing down.

Yoda said a Jedi craves not adventure or excitement. And he also said “A Jedi uses the Force for knowledge and defense – never for attack.” And yet, attack, adventure, and excitement is the heart of every single Jedi’s walk in every Star Wars game ever made.

Whether it’s Kyle Katarn going out of his way to murder every single Stormtrooper on Cloud City, or thousands of Jedi in The Old Republic heading out in the Tythos River Valley to callously smash a bunch of animal eggs, there are loads of Jedi merely pretending to be good guys in a galaxy far, far away.

All you really need to decode the hidden villainy of the hero of the Tomb Raider series is a thesaurus. Tomb = Grave and Raider = Robber. Lara Croft is, if you just substitute the right words, really just a crook masquerading as an archaeologist.

Most archaeologists follow an ethical code that demands preservation and respect for archaeological remains, but Lara’s pretty lax in this department. From desecrating human remains to stealing and even destroying priceless ancient relics, the so-called “hero” of the Tomb Raider series is really just a thief and vandal in disguise.

Spec Ops: The Line is a modern warfare simulator disguised as a first-person shooter. Throughout the game, you are expected and required to make hard, uncomfortable, and unsettling choices that may make this game a one time play through.

This one might be a bit of a cheat, because it’s clear that the designers wanted to intentionally subvert this trope. But there’s no denying that Captain Walker is the best example of a character who thinks he’s a hero, and who the game actually tells you is a hero, but is actually far worse than that.

The game shows that not accepting responsibility for your crimes may be even worse than the crimes themselves. He says he didn’t mean to hurt anybody, but he did.

Borderlands is an iconic game that recently releases a third game to the series. The Looter-shooter game is one of our favorite co-op titles with endless replayability and lots of DLC.

Basically any protagonist in the Borderlands series can be credited with doing the right thing by saving the world of Pandora. But really, are any of them actually motivated by a desire to do the right thing?

Instead, they seem to be more concerned with raiding vaults, hunting local species to extinction, murdering anyone in their way, and just generally disrupting the economy, ecology, and various assemblies of folks, innocent or otherwise, found throughout the entire series.

What other games have villains masquerading as heroes? Be sure to let us know on our official Discord channel; the place for PC gamers and cloud gamers alike.