Blog / Gaming / The 10 Best Minigames in Other Games 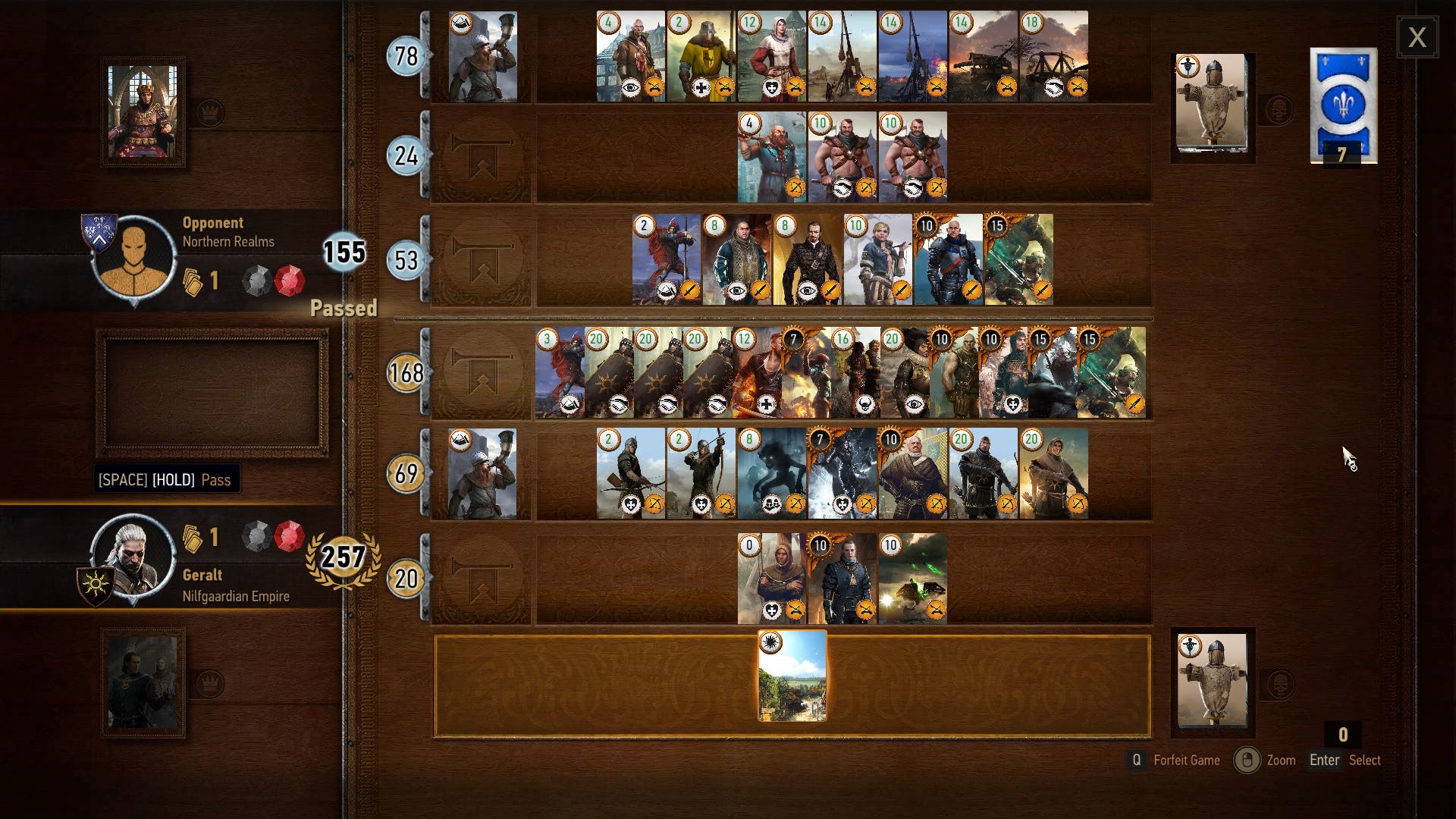 The 10 Best Minigames in Other Games

These are our favorite games contained within other games

10 Best Minigames in Other Games [done]

Some of our favorite games aren’t the games on the cover; they’re the hidden games that developers snuck in as a bonus to the game we thought we were buying. From the Asteroids game hidden in Police Quest to the new version of Wolfenstein magically containing the old version of Wolfenstein, developers have been nesting games in other games for decades.

But there’s something special about a brand new, surprise minigame popping up where you least expect it. Sometimes, it’s just a way of presenting a new type of gameplay that’s part of the core experience. Other times, it’s just a fun little diversion that gives you a break from whatever else the game is really supposed to be about.

But whatever their purpose, they can sometimes be the best part of the game. To help you find the best of these, here are ten of the best.

Essentially a riff on the old Amiga game Pipe Mania (also released as Pipe Dream), this is the game you had to play to unlock various vending machines and other artifacts in Rapture, BioShock’s underwater dystopia. Leading a current through a series of rotating pipes, you had to connect the start of the maze to the end.

No one was ever quite clear on the practical explanation for why this was the process to unlock vending machines to access superpower hormone injections, but the puzzling nature of the minigame was always a welcome break from having your head bashed in by a Big Daddy.

The twin stick shooter minigame in Black Ops is a strange but wonderful thing. It’s strange because it’s effectively the same game content as the core game, but it’s presented in an entirely different context. It’s wonderful because it is full or the kind of arcade-inspired goodness that Call of Duty usually doesn’t bother with.

Instead of being another, different game, it’s really more just a way to play the same game a different way. As a sort of top-down, arcade take on the zombie horde mode, it offers a welcome change of pace and perspective without ever feeling like it takes you away from what drew you to Call of Duty in the first place.

We feel a little guilty about enjoying this one, but what can we do? Added in for the Fable bundle, this game is really nothing more than a way of keeping track of how far you’re kicking these chickens. And let’s face it; you were going to be kicking them anyway, so you might as well keep score.

In a game that is similar to but for copyright purposes nevertheless legally distinct from Donkey Kong, Red Menace is a version of Donkey Kong you can play on your Pip Boy.

It’s definitely not like there isn’t enough to do in the Wasteland already, but Bethesda still thought it would be a good idea to give you access to this and several other rebranded arcade classics. All of the games are adapted to match the style of the Fallout world, meaning they’re all done up in that familiar green CRT look of early Apple monitors.

Rockstar’s Grand Theft Auto series has long been known for having copious minigames, and several of them have already done golf. But this version of golf in GTA V (and GTA Online), is good enough to have been released on its own.

Everything you’d expect to have in a PGA or Tiger Woods game is here: club selection, stroke types, spin, power levels, and more. The Los Santos course is expensive at $100 per round, but the design of the course is spectacular and challenging in all the right ways.

Kick Fu is more than a little stupid, but that’s why we love it. The unintentional (and sometimes indisputably intentional) co-op griefing that can take place in Rayman Legends is officially sanctioned in this micro version of soccer.

Here, Rayman and Globox and the Teensies can (and should) smack the crap out of a ball to drive it toward their opponent’s goal. And if you can smack a ball, why not also smack your opponent? The impossibly small field and the speed of the slaps mean this is a game where the action simply never lets up. Most games include minigames so players can take a break. Here you take a break from Kick Fu to play the main game.

Tons of video games contain gambling minigames. Usually it’s some variation of poker or blackjack. And those games in Rockstar’s Red Dead Redemption are about as fun as any we’ve seen in any other game. But for pure time invested and overall interest, it’s hard to beat Liar’s Dice.

There’s been many a night where we’ve wiled away the hours playing inside the saloon when we really should have been out following the game’s main story. Everything about this complex gambling game, from the psychology of the players to the presentation of the table, is done so authentically, that you can easily lose yourself in the action.

While not quite as standalone as some of the other minigames on this list, Skyrim’s fantastic lockpicking minigame nevertheless deserves mention for a couple of reasons. First, in contrast to the heavy abstracted and gamified nature of something like BioShock’s water pipe hacking, this actually feels like lock picking.

Using twin stick pressure and position, you’d effectively be using your mouse to feel around inside the lock. And the risk of snapping your lock picks, at least early on in the game, kept the tension high. Second, it actually added a layer of player skill to a check that would normally just be handled by random rolls under the hood.

We’ve heard rumors that there are some gamers out there who don’t like Pazaak, but they don’t sound like the type of people you’d want to know anyway. They probably like Swoop Racing. This Star Wars version of Blackjack involves playing cards to add up to a certain total before your opponent can do the same.

From such a simple concept, BioWare created an experience that kept us hooked for literally hours when we should have been out saving (or possibly conquering) the galaxy. And unlike some of the minigames on this list, Pazaak also allowed you to grind away earning some extra credits for equipment upgrades for your crew.

Easily the most successful and well received of minigames, Gwent was actually popular enough to spin itself out into its own physical game. As a collectible card game, it required you to position cards on a battlefield and wage war against your opponent. It’s simple enough that anyone can feel satisfied just spamming cards all over the place, but it also rewards incredibly thoughtful and strategic play.

Even better, it’s smartly and seamlessly integrated into the rest of the setting. This is a game that exists for the other inhabitants of The Witcher and the theme and tone of the game are a perfect match for the trials and tribulations that Geralt has to face in his job as a monster hunter.