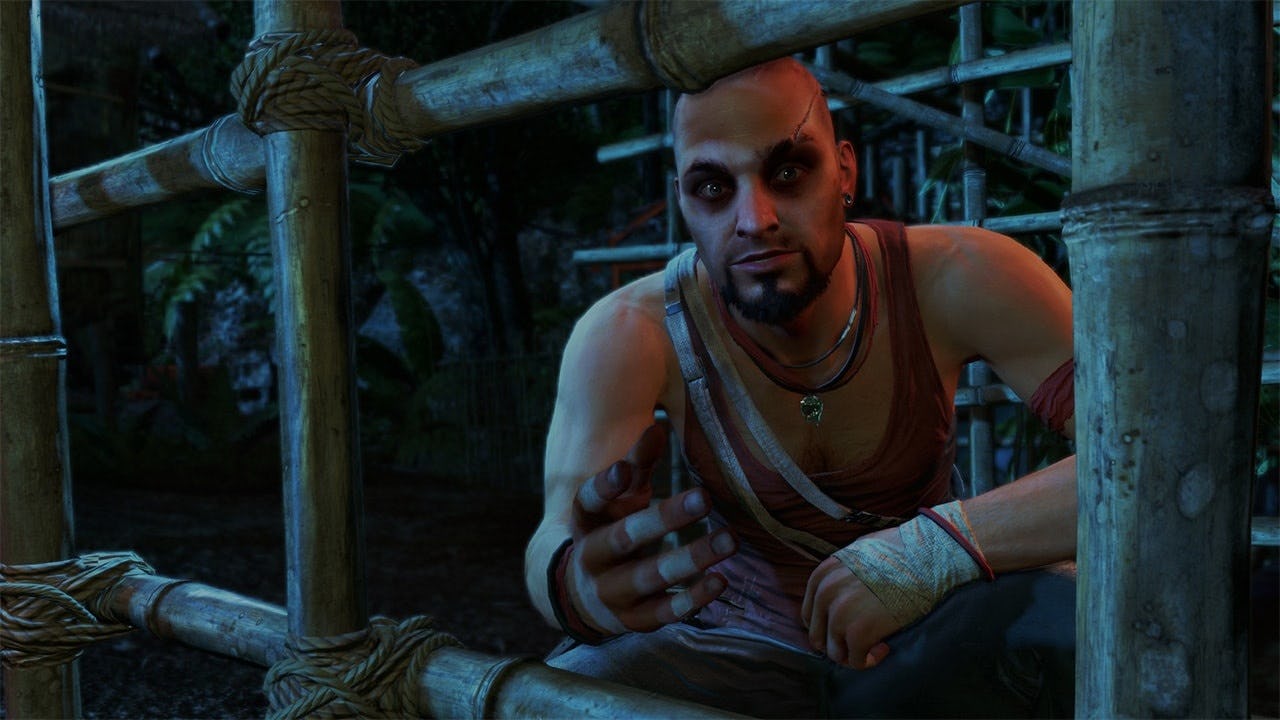 The 10 Most Badass Video Game Villains

These villians are some of the most ferocious around.

A hero’s story isn’t worth much without a truly evil villain. Some are driven by vengeance, some are just looking to have a good time, and others just want to watch the world burn. But no matter what scale they work at and what motivates them, there are a few things that make great villains. They have to be cool and capable, and the most dangerous person (demon/robot/alien) in the game.

We’ve rounded up the 10 most badass video game villains of all time!

You know you’re a bad villain when the heroes of the world unite against you, defeat you, and then kick you down the timestream for future generations to worry about. That’s what happens with Alduin, who is prophesized to destroy the entire world. He’s also known as the King of Dragons, the World Eater, and the God of Destruction. Basically any one of those names would be enough to justify his spot on this list, but then you throw in that he can use his voice to call meteors down from the sky.

Sometimes it’s a curse to be special. That’s especially true when you’re born psychic and immediately kidnapped by a bunch of heartless scientists who thrust you into a life of tests and control and abuse. In an attempt to exploit her powers, and protect themselves from retaliation, the scientists kept her sedated, but their heartless abuses filled her with a rage that kept her vengeful spirit alive long after her body was killed.

Sometimes the most dangerous thing in the world isn’t a dragon or a psychic ghost; it’s blind ambition mixed with inflexible idealism. That’s what happened with the architect of the underwater society in Rapture. Andrew Ryan’s charisma and ambition make him a respectable man, and some of what he says and strives for even makes sense. But he lets his ideas of society carry him into illogical and immoral extremes that make him one of the scariest things a villain can be, someone we understand and identify with.

Like Andrew Ryan, Prince Arthas represents the tragedy of a good man spoiled. Starting as a hero only wanting to protect his people from the Plague of Undeath, he grew more and more desperate. He eventually sacrificed his own humanity in pursuit of his goal and ended up becoming a Death Knight. Armed with the cursed sword Frostmourne, he spent the rest of his life spreading the Plague instead of stopping it.

You spend a fair bit of time in Rockstar’s open range cowboy game, Red Dead Redemption, not even really knowing who the villain is or what’s going at the heart of the story. But when Edgar Ross’s place in John Marston’s story eventually becomes clear, he’s so vile and manipulative that his presence overwhelms everything that’s come before. And without giving too much away, he’s one of the only villains on this list who actually is smart and sadistic enough to actually see his villainous plans succeed.

GLaDOS is easily on of the greatest villains in the history of video games, and also ranks high in the list of greatest villains across all media. It’s even more impressive when you realize just how so much of the tone of the first Portal game depends entirely on this complexly human supercomputer. She’s cruel, funny, clever, and vindictive, sometimes all in the space of a single sentence.

She makes you throw your only friend in the garbage on and then straight up lies to you about cake. That’s not even counting all the times she tried to kill you. And then to top it all off, she caps it with one of the most catchy and toe-tapping theme songs ever.

Some of the best villains have a likable quality to them, and Handsome Jack is one of the most charismatic and cool villains in any video game ever. He’s endlessly snarky and undeniably clever and talks like he gets paid by the word. With so much personality, it can be easy to overlook just how crazy Handsome Jack is and how he turns his massive resources toward ruining things for everyone else on Pandora.

Along with GLaDOS, Handsome Jack has a backstory that makes his bloodthirsty villainous nature something you can actually understand and even sympathize with. Perhaps one of the scariest things about Handsome Jack is that he shows you the villain you might become if you start to take yourself too seriously.

As one of the only villains on this list adapted from another medium, the Joker really needed to bring it to earn his place as one of the most badass video game villains of all time. And he certainly does that. As the main bad guy in the series of Batman’s Arkham games, the Joker’s psychopathic and violent personality, driven my Mark Hamill’s amazing performance, presents a never-ending challenge to the Dark Knight Detective. From his initial forays against Gotham’s crime lords to his HGH-powered battle against Batman in Arkham Asylum, the Joker is the villain Gotham deserves.

There are tons of great villains in the Final Fantasy series, but Sephiroth is the baddest of the bad. He’s a formidable fighter, which would be bad enough, but he also wields mighty supernatural forces. Sephiroth also has a lot in common with Warcraft’s Lich King. Not only did both start out as heroes before falling to the dark side, but they also manage to terrorize and threaten the general population with some pretty kickass swords. In Sephiroth’s case, he uses it to straight up murder a little flower girl, which is almost as disgraceful as his plans to destroy the entire world.

As one of the most unpredictable villains on this list, Vaas is also one of the most dangerous. For all his attempts to define what insanity is, he seems fully willing to embrace his own insane attempts to destroy and ruin everything that he comes into contact with. From kidnapping to murder to assassinating North Korean dictators, the most dangerous thing about Vaas is that you just never seem to know what he’s going to try next. About the only thing that you can predict about Vaas is that whatever he does is going to be extremely violent.