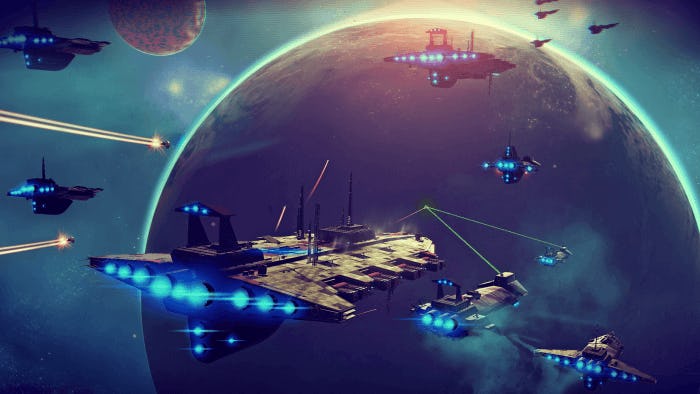 These 7 games had a rough start but turned into real gems.

They say good things come to those who wait, but I guess it all depends on how patient you are. Release hype and excitement when it comes to new games is very real, and the launch reception of a major title can either make or break the chances for its success or for a new continuing franchise to be born.

Thankfully now that we’re all connected, developers can constantly iterate and build on their original vision. Even if a launch doesn’t go as smooth as initially planned, games can evolve and get better over time.

Here are some games that have only gotten better with time, so even if you tried them when they first came out and didn’t like what you saw, if might just be time to check them out again.

BioWare’s co-op sci-fi shooter was highly anticipated when it launched earlier this year. Unfortunately, it barely worked. Numerous mission bugs, content delays and design issues hampered gameplay and made the game a slog. Of course, that’s if you could even log in as the servers were incredibly unstable and unreliable early on, and sometimes just didn’t work at all. It didn’t help that some of the patches ended up breaking the game even more than they helped for some players.

Thankfully it appears the most recent Cataclysm event update is a step in the right direction. More content, increased legendary drops, better inventory management and the new arenas show that there may be a light at the end of the tunnel.

Diablo is one of those franchises that’s so revered that most people don’t remember just how rocky the 2012 launch was. It seemed like everyone on the internet was cursing “Error 37.” After installing and launching Diablo III, players were presented with the message “The servers are busy at this time. Please try again later. (Error 37).” Not only did this block everyone from participating in multiplayer matches, it also locked them out of the single-player game, making Error 37 an instant meme to express frustration and failure.

Once players finally did get in days later, they found a world with an unforgiving difficulty curve, chintzy loot drops and a real money equipment auction house that gave those with deeper pockets an unfair advantage. Thankfully the game evolved rather quickly with gameplay updates, server stability fixes and the removal of cash transactions, and millions of gamers rejoiced and got back to clicking their mouse buttons for those sweet, sweet loot drops.

You might think an MMO based on Bethesda’s The Elder Scrolls fantasy RPG series would be a surefire hit, but when the Elder Scrolls Online was released in 2014, it had so many issues, bugs and exploits that it was almost dead on arrival. Early on, the servers were constantly going down for maintenance as the dev team tried to keep up with all the problems.

Now Elder Scrolls Online boasts nearly 14 million players, all thanks to Bethesda’s continued improvements, constant new content drops and their dedication in listening to the community. The game going free-to-play also helped dramatically increase the number of players, making the world feel more vibrant and alive in the process.

Another Bethesda game that had a rough launch is Fallout 76. Big issues with lag, server drops, visual glitches and quest bugs were frustrating, but the design decision to keep human NPCs out of the game made the world feel lifeless and incomplete, and not like a true Fallout game.

While the team has been implementing fixes since it first released in Fall 2018, Bethesda increased excitement for Fallout 76 muti-fold when it announced the return of quest-giving NPCs at E3 2019 with the free Wastelanders update. While Wastelanders won’t be released until late 2019, the game has already made a big leap forward, and we’re very much looking forward to seeing some new mission-giving faces in the wasteland.

Not only was No Man’s Sky’s launch rocky, it was a virtual universe full of millions of sparse planets. After years of lofty promises, some gamers were so disappointed by the initial launch that they threatened and harassed developer Hello Games so aggressively that the team essentially went radio silent for two years, all the while working on improving the game.

Here we are, three years later, and No Man’s Sky is a very different game with base building, improved space combat, a deeper mission system, better multiplayer options and even VR support.

In the late ‘90s and into the 2000s, you could pretty much count on a new Rainbow Six game every couple of years, but fans of the series had an eight-year hiatus when Siege was finally released in 2015. While the mechanics were great and it felt like a worthy entry in the venerable Rainbow Six franchise, the release version of Siege lacked depth of content, and a lot of players got burnt out on the few launch maps.

As the player base dropped, it seemed like the game was going to fizzle out, but Ubisoft had a team in the wings creating new content who were dedicated to keeping the R6 spirit alive. It worked! Rainbow Six Siege has surged in popularity with both everyday and hardcore esports players, and regularly has over 100,000 players online at any given time.

When Warframe was first released in 2013, the term “free-to-play” was a sort of hex in the Western world. The Asian game market had already seen a lot of huge F2P games by then, but for some reason North American and European gamers saw the lack of a $60 entry fee as a sign a game wasn’t as good as paid games, and it wasn’t worth their attention.

Warframe launched to little fanfare, and while reviews weren’t horrible, they certainly weren’t stellar, either. Critics panned it for its repetitive nature and bland sci-fi setting. But the developers kept adding content and improving the game, and gamers took notice, especially since the appetite for F2P games changed in the past few years. Now the game boasts nearly 50 million players, and it continues to attract new gamers to this day.