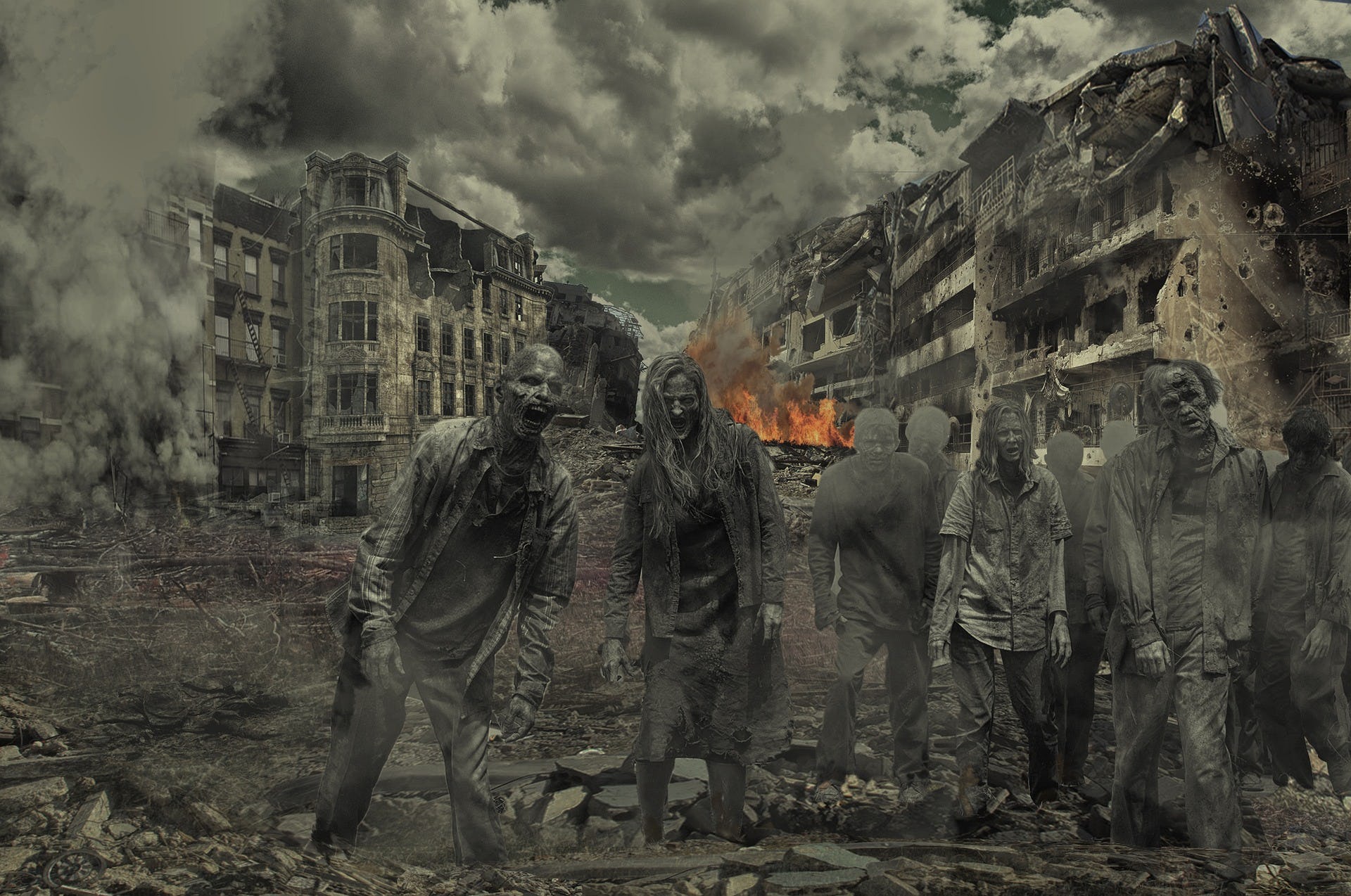 There’s nothing worse than a pesky little worldwide catastrophe to really ruin your day. While the usual culprit is mass nuclear devastation, there are plenty of games that feature global pandemics, zombie uprisings, ecological collapse or even total geomagnetic devastation. Joy!

Today we’re presenting some of our favorite post-apocalyptic games. While the settings may be ravaged and bleak, it doesn’t mean there’s not a lot of opportunity for fun and adventure out in the wasteland! And who knows, you may just become a hero in the process.

The sequel to the New York-based original, The Division 2 is set in Washington, DC, seven months after the start of a human-induced, super-strain smallpox epidemic that wiped out most of the world’s population.

You’re part of an elite group of agents known as The Division who have been tasked with helping to retake the city from hostile, lawless groups after the catastrophe, with the ultimate goal of rebuilding society.

The best of the first-person Fallout games in our opinion, the events of Fallout: New Vegas take place in the American Southwest in 2281, over 200 years after the Great War of 2077 which rendered much of the Earth an uninhabitable ball of radiation.

But just because the world is destroyed doesn’t mean you can’t have a few chuckles while exploring the area around the Mojave Desert, and in true Fallout form, the game’s writing and quests ride the line between abject misery and laugh-out-loud funny.

The Long Dark takes a bit of a different angle than most post-apocalyptic games, with a world that’s mostly serene and beautiful, although still deadly. You play as a pilot who crash lands deep in the Canadian wilderness after the Earth experiences a worldwide electromagnetic event that wreaks havoc on everything electronic.

Now you have to survive in the frigid wasteland by yourself, looking for food, medicine and tools while occasionally fending off wild bears and wolves. While dangerous, the snowy, tree-covered landscape is absolutely beautiful, especially when the Northern Lights make an appearance, and the fact that it’s procedurally generated means each experience is different.

The Metro series has been going strong for a decade now, and it just keeps getting better. Set in Russia after the great war, Metro Exodus focuses on scavenging, crafting jury-rigged weapons and taking on mutated hellbeasts in the wasteland, all while doing what you can to keep you and your clan safe during the harsh nuclear winter and radiation storms.

Although most of the other Metro games have primarily taken place in the underground transportation tunnels under Moscow, true to its name, Exodus sets you and your group on an adventure across the vast wilderness in search of a new home.

Based on a tabletop role-playing game out of Sweden, Mutant Year Zero is a turn-based tactical game similar to XCOM, only it features a talking duck and pig. Nuclear war and a global plague have pretty much wiped out the entire population of Earth.

Those who are left scavenge the countryside for limited resources. Only problem is, the countryside is rife with mutated ghouls and violent humans. That’s where the Stalkers, a group of trained scouts and fighters, come in. Porcine Bormin and mutated mallard Dux join forces with other human Stalkers to scour the dangerous outer zones and complete tasks for The Elder.

So you and your family have survived a nuclear war by hanging out in an underground bunker? What do you do now? Continue to survive, of course!

Sheltered is similar to Fallout Shelter, but focuses solely on one family who has to clean and maintain their shelter while collecting limited resources, all while trying to avoid starvation, dehydration, asphyxia, claustrophobia, radiation poisoning, food poisoning and other maladies. Oh, and that’s before you even considering how to keep your family safe from the dangers of the irradiated wilds above.

The original Wasteland was the granddaddy of post-apocalyptic games, and the inspiration for the Fallout series. While it took close to three decades to get a true sequel, Wasteland 2 puts you back in the dusty boots of a Desert Ranger.

The Desert Rangers are a well-organized band of former military and survivalists who generally want to make the wasteland a better and safer place. However, what might be considered “better” is always up for debate, leading to some tough choices about how to help the denizens of the wasteland as your decisions may be good for one group, but not so great for another.

The episodic interactive adventure series features some of the best storytelling and character development in videos games.

This is classic zombie outbreak end-of-the-world kind of stuff, but most of the decisions in the game revolve around human interaction, deep emotion, philosophical debates of good versus evil, and the consequences of extreme and bold actions, all while constantly asking the question, “Who are the real monsters?” Spoilers: it’s us. It’s always us.